“In all things of nature there is something of the marvelous.” Aristotle

Rest is not idleness, and to lie sometimes on the grass under trees on a summer’s day, listening to the murmur of the water, or watching the clouds float across the sky, is by no means a waste of time.
John Lubbock

It is an amazing work and if you have a chance to visit Romania it’s must to see Salt Mine/ Salina Targu Ocna. 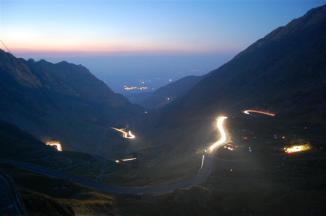 “Though we travel the world over to find the beautiful, we must carry it with us or we find it not.”
Ralph W. Emerson 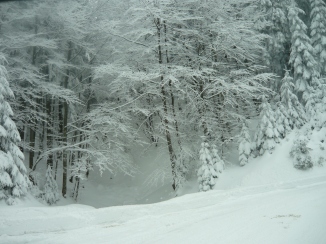 “Look deep into nature, and then you will understand everything better.”Albert Einstein 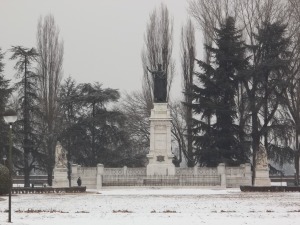 It was Christmas time when I arrived in Mantua. I planned my travel two months in advance. According to Greek mythology, the city of Mantua was named after the oracle Manto, daughter of Tiresias, who was a person with unusual powers of foresight. One day, Manto vanished from Thebes (an ancient Greek city in Boeotia destroyed by Alexander the Great in 336 BC) and after a long travel without any clear destination, she settled in a low-lying wet land with grassy vegetation, which now hosts the city of Mantua. With her tears, Manto created a lake which gave prophetic abilities to those who drank from it.

Today, Mantua is surrounded by three lakes, which make it resemble a small island, just like Venice. If you enter the town in the evening, you will find Mantua the most beautiful city you have ever seen. The “gate” of the town is a castle called…

As every writer when you take a pen you must have done a research before you start writing, of course if you haven’t already visited the city or we can just shape it as a fictional article.

When we hear „Verona”, everyone’s mind flights to Shakespeare’s play „Romeo and Juliet”, right? Some would say that Shakespeare brought all tourists in Verona, some would say that the reason for hosting hundred of visitors could be the construction of the highways. The local people will tell us „only after the WW II Verona has become a visited city because they built the highways”.

If we plan to see Verona only for the Juliet’s balcony, it doesn’t worth that. It is okay to mark Verona as a seen place and yell to our friends we just hit it, but Verona means more than Via Capello where is located the famous Capulet’ house. Perhaps few of you would say about me “I never been in love, in fact Verona stands for more than a love story…and we cannot reduce an antic jewel to a forfeiture.

Set among beautiful cities as Venice and Rome, Verona, well-known as „the little Rome” is a dream which has been for many tourists, a part of a jaunt through Italy. The heart of the ancient city will take us on a journey of culture and emotion like no other.

The National Arena dates from the first century A.D. and didn’t lose its vocation gained over the time. As little Colosseum, Arena has never been fatigued over the centuries, the prove is still there. The famous gladiators who entertained the public by engaging in a mortal combat or they were hunted by the fierce animals made the Arena wildly known. Nowadays, the amphitheatre hosts varied events and could hold up 25.000 spectators. The acoustic is great and the program for 2014 of Arena Opera Festival can be found: http://www.arena.it/en-US/HOMEen.html
Other cultural events take place in summer inside of the Roman Theatre located in front of Ponte Postumio.

They say Verona is the second city in Italy where we can find a huge concentration of Roman vestiges. The Stone Bridge, the Gavi Arch, Porta Borsari and Porta Leona are outstanding monuments from Roman ages.

Who knows that Verona was the papal seat’s city between 1181-1185 and nowadays hosts the tomb of Pope Lucius III in the Cathedral Santa Maria Matricolare? The Romanesque and Gothic forms make an extraordinary mix of columns and arcades from Duomo di Verona.

Verona is a rich city not in tourists as Venice, we cannot compare them, everyone has the own charm and the differences make both, unique in fact. The asset is made by Churches and those opera collections held inside of these beautiful architectures, historical buildings, palazzos, alleyways, piazzas. And why not by the warm ambiance of the locals.

Every time of a year we have something to do in Verona, the winters aren’t heavy and the summers aren’t bad at all. So we could admire Verona with all what has in it. From small pieces of antique furniture, paintings, old books, little gems to all those spectacular buildings, Amphitheatre, Cathedral, Palazzo; each every piece conjures up emotions, thoughts and dreams.
Walking quiet, down the alleyways or sitting in a piazza and sipping a glass of wine or an Italian coffee…, whatever we’ll choose, Verona is already scoring against us…